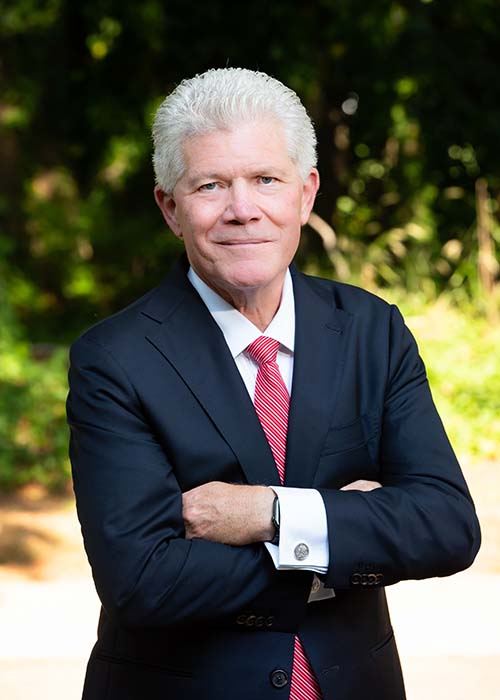 John is a litigator with twenty-seven years of courtroom experience. He’s personally handled thousands of criminal and civil cases throughout Southern Maryland in the District and Circuit Courts.

In 1990, he received his Juris Doctor Degree from the George Washington University Law School. He was admitted to practice law in Maryland in 1990 and the Federal Bar by the U.S. District Court for Maryland in 1991.

After working as an associate for Laurence WB Cumberland, they formed Cumberland & Erly, LLC in 1995.

In 2015 Mr. Erly was elected by the Calvert County Bar Association to serve as its representative on the Trial Courts Judicial Nominating Commission for Calvert and St. Mary’s Counties. This Commission is responsible for selecting candidates to fill all judicial vacancies in the District and Circuit Court. The Governor must make his appointment from this list forwarded by the Commission.

When Governor Larry Hogan appointed him to serve a sixth consecutive term, he became the longest-serving member of the Judicial Nominating Commission.

Mr. Erly has handled numerous appeals in the Court of Special Appeals and The Maryland Court of Appeals. Several cases resulted in reported decisions and made law.

On several occasions, John was appointed Special Prosecutor in both St. Mary’s County and Calvert County to represent the State of Maryland in criminal prosecutions.